Thanks be for Israeli turkeys 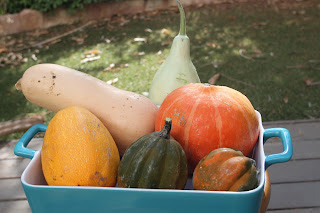 Thanks to internet commerce everyone in Israel has heard of Black Friday, to the extent that brick and mortar local shops are having Black Friday sales (and calling it Black Friday in English, because translating it in to Hebrew as "Yom HaShishi Hashahor" just sounds awfully ominous) and so we have the bizarre situation where just about everyone here knows the Black Friday is a time for sales and shopping but relatively few people have heard of the American Thanksgiving holiday that spawned the whole Black Friday juggernaut to begin with...

Everyone except for butchers and supermarket meat counters in areas with large concentrations of American immigrants that is, where you can go and ask for/order a whole turkey and they'll say something like "Right, for that American festival where you have to eat big turkeys and go shopping, what is it, Christmas? Independence Day? Halloween?" And you can thank American film and tv for them being familiar with that much.

Of course the irony in all this is that in Hebrew a turkey is literally "Indian chicken", as in India the south Asian country, usually shortened to just "hodu" in Hebrew, which yes, is also the word for India, but it is also a conjugation of a Hebrew root meaning to give thanks.

"Hodu Lashem" (give thanks to The Lord) is where Jews around the world are familiar with this word from, as it appears in Psalms and the prayer service, featuring prominently in the Hallel thanksgiving prayer said on special days and festivals throughout the Jewish year, such as Hannukah, Pesah and Rosh Hodesh, the celebration of each new lunar month.

Fun fact, last I checked Israel was the world's highest per capita consumers of turkey, except that here it is largely used for processed meats, schnitzels, shwarma and the like, very rarely even a whole turkey breast, let alone a whole turkey. So we are a nation of thanks givers.

May we all merit being thankful each and every day. 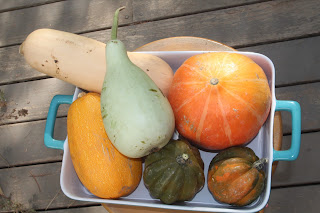 Posted by Princess at 16:07 No comments: 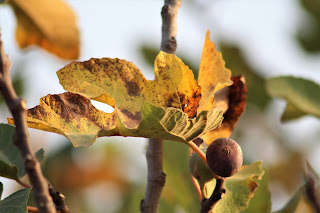 It's an unseasonably warm November day, bright and far too dry, and yet still firmly autumnal, the leaves on the mulberry and fig turning fall hues of gold and red, the pomegranate and almond almost bare branched by now. On the olive tree the last of its fruits are shiny black with oil, withering on the tree, an surprise storm blew many of the olives down last month and we didn't get our act together to pick what remained.

My middle son climbed in to the small kumquat tree, lodged a bucket in its fork and picked the plump little orange fruits from the groaning branches. Looks like we will soon have ripe lemons to pick as well.

Yesterday's highlight though was the robin red breast who came to visit us, announcing his presence with a defiant chirp from the rose bush but mostly busying himself on the earth beneath searching for bugs to eat. I haven't seen a robin in my garden in so long that I just stopped folding the laundry by the garden window and watched him until he suddenly took flight and disappeared over the fence.

Right now though it's the chaotic mid-afternoon hour just after the kids arrive home from school in a whirlwind of noise, sand and backpacks and shoes strewn by the door like a barricade.

My second oldest announced upon walking in that "something smells good", grabbing a handful of potatoes from the roasting pan and eyeing the pot of corn on the cob approvingly, before recoiling in horror upon tasting the fresh steamed mange tout that I innocently gave him to try. He then busied himself
making a smoothie with mango, pineapple, cinnamon and yoghurt to erase the evil green flavour from his mouth.

My second youngest declared that he wants to make a robot monster out of egg boxes and my middle child has taken charge of the project with a mess of old boxes, crayons and craft supplies, sitting in a huddle on the floor with the the little ones in a creative frenzy of colouring and cutting of cardboard.

Which is why I'm the only one who's noticed the cute little green lizard (litaa zeriza) crawling up the screen door and the frenetic male sunbird twittering around the window and briefly perching on the railings in a flash of iridescent purple and green glittering in the golden afternoon sunlight. 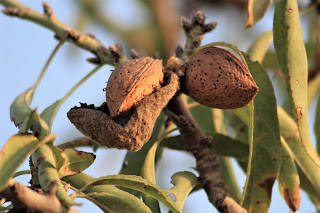 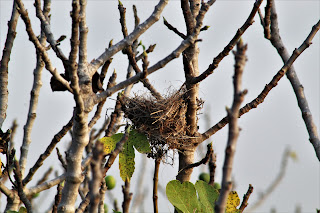 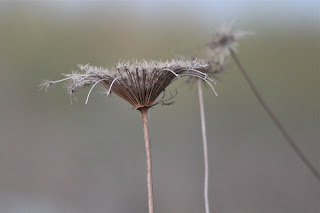 Posted by Princess at 15:13 No comments:

Thanks to all our friends overseas for your messages of concern and support and for your prayers.

Thank God we are all well, our area has been mostly quiet.
Since early yesterday morning around 400 rockets have been fired in to Israel by the Islamic Jihad organisation in Gaza.

It's hard to explain this situation of emergency mixed with routine. Yesterday our region was among those where schools and many workplaces were closed. Today, after an inspection of all school and public shelters the authorities decided that we were far enough from the main target zone for life to resume, albeit with caution. No big public gatherings, no outdoor events, stay close to places with shelters.

We are trying to maintain a routine, even though the shadow of the rockets is ever present. Every odd noise, every sound that could be a siren or the whoosh of a rocket makes us stop whatever we are doing and try to determine whether we need to seek shelter.

Our children have gone to sleep in our home shelter for the second night in a row just in case there is a siren during the night.
There were sirens this morning for nearby villages, our town shook with the booms of the explosion caused by the Iron Dome anti-rocket defence system which successfully intercepted the rocket in midair.
Yesterday the air raid siren went just as I had one toilet training twin on the loo and the other was dressing. We dashed across our flat to the shelter, one with his trousers around his ankles, one half dressed. My elderly uncle, who had been napping in an armchair was startled awake by the siren, staggering out of the chair with the help of another child, struggling to reach the shelter in time. Shortly afterwards we heard the blast overhead of the successful Iron Dome interception of the incoming rocket.
We are profoundly grateful to the air-defence soldiers from the Iron Dome batteries who help to keep us safe, successfully intercepting close to 90% of the rockets fired in to Israel.
For our town in central Israel this security situation is rare, we last experienced rocket attacks in 2014, but people living in the Gaza border area of south-west Israel, live like this on a regular basis.
While in central Israel we have a whole minute and a half to run for shelter, in the north-west Negev they have only 15 seconds to take cover when the incoming rocket alert sounds.
The Israeli towns and villages closest to the Gaza border have been targeted the most in the last 48 hours with round the clock rocket bombardments that have hit homes, offices, schools, vehicles and infrastructure.
The large southern coastal cities of Ashkelon and Ashdod were the targets of heavy rocket volleys this evening. A rocket scored a direct hit on an assisted living facility for the elderly in Ashkelon, injuring a woman in her 70s.
Yesterday a rocket slammed in to a major motorway to the south of us, narrowly missing a car. It was a miracle that people suffered fairly minor injuries and no one was killed. (see traffic camera footage below)
Many Israelis have been treated for shock and trauma, others have been hurt scrambling to get to shelter in time.
As I'm writing this the alert has just sounded for areas just a 20 minute drive to the south of us.

I'm sad but glad that our children have bedded down in our shelter for the night. Just in case.


motorway
Posted by Princess at 23:20 No comments:

So we have sirens again. One of the world's most chilling sounds that means they are trying to kill you again. Really, you, you are in someone's sights. Unreal and all too real all at the same time.

New experience for me: when the siren goes and you have a toilet training kid on the loo, and another little kid who has just gone to the loo and is standing around trying to put himself back together but is having trouble with his trousers. So one kid dashes to the Mamad bare tushed, the other one ran with one hand holding trousers around his ankles.

The 7 year-old grabbed his 77 year-old great-uncle's hands to pull him awake because he was napping in the chair "Uncle, this is a real siren, you have to run to the Mamad, I'm going to help you". Uncle of course told him to take care of himself, but the 7 year-old called from the Mamad, "Uncle, be quick, we have to close the door" Barukh Hashem, everyone was in the Mamad within a minute.

Kids knew the drill, modesty was quickly restored to the toilet trainers, everyone sat there in good spirits watching the IDF Home Command explanatory video for kids, cheered "Yay Tilli!" when they heard the dull Iron Dome interception boom from afar and then proceeded to watch a cute Israeli kids' programme about making chocolate.

We're all doing great, thanks for all the messages of support and concern.

Ten year-old is studying the red alert app on my phone watching the pattern of rocket alerts. Thank God as of time of writing this our area has been safe, but he's watching the red dots of sirens on the app, watching them creep north and west of us, getting worryingly closer.

Seven-year-old is "drilling" the twins what to do in case of a siren. "I am old enough to remember rockets, but you are too little so I have to teach you"

First he mimicked the noise of the siren and had the twins race him to get to the secure room and count how long to stay there.

Then, with almost scary nonchalant confidence, he dropped to the ground with his hands over his head. "See twins, this is what you do if you are playing in the park and the siren goes, you need to be low and protect your head" And they all drop down to the floor covering their heads, laughing and smiling while he helps them count the minutes.

Abba is home from work (rocket alerts in Tel Aviv), so he's right now trying to distract them all with the suggestion they make pancakes as their unscheduled stay at home breakfast.

What else is there to do when school is cancelled due to rocket attacks in central Israel just as you are in the middle of getting the kids out?

Posted by Princess at 08:28 No comments: